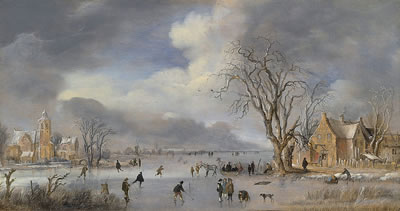 The results of the study by A. Bijl Mz., as mentioned in ‘De oudste generaties van het Geslacht Kolff […] (the oldest generations of the KolffFamily) (1976), contain invalid data. Research by Dr. P. Nouwt, commissioned by the Kolff Family Association, found that corrections are needed regarding these genealogical data. Research was completed in 2014 and in 2015 the General Assembly of the Kolff Family Association decided to process the adjusted data in the genealogy of the family Kolff. The Genealogy on this website has been adjusted accordingly. The earliest generations are thus somewhat different from what is stated in Nederland’s Patriciaat 78 (1994).

There are more Kolffs in the Netherlands than those mentioned at this site. They are the – as we describe them within the Family Association – ‘Almkerk’ Kolffs. For many years we had the idea that there were no links between the ‘Almkerk’ Kolffs and those that have Peter Hendric Colve (born on or around 1370 at Oisterwijk) as their patriarch. Recent research shows that there is probably a link. This is something we would like to investigate.

(Back) to: Genealogy: Introduction

At the time when Georgius Justinus Kolff (A XIIa) was the Bailiff of Spijk François Cornelis van Aerssen (1725-1793) and his wife Everdina Petronella gravin van Hogendorp (1730-1794) were Lord and Lady of Spijk. The witnessed the baptization of his daughter Everdina Cornelia Kolff at Spijk on 8 March 1778. It must not have been a coincidence that Georgius Justinus Kolff turned up in 1790 at Essequibo (Suriname, Dutch later British Guyana), since François Cornelis van Aerssen also was a gouvernor of the West-Indische Compagnie (West India Company).

More on George Justinus was found – recently (July 2009) – by the webmaster on internet. This is information regarding the Genealogy: that of George Justinus and of his 2nd wife Marie Brunel and their daughters at Essequibo and Demerary in Guyana. The webmaster (and the archivist) will do more research on these new details).

The family of Maria van Heteren, wife of Wolter Kolff

Searching the registers of baptization and marriages of Nijmegen the closer relatives of Maria van Heteren (VIII) were mapped out. It appeared that she was a cousin of the influential Pontiaen Singendonck, who married in 1601 with Beliken van Heteren. Almost without any interruption during 1619-1645 Maria’s uncle was mayor of Nijmegen.