A summary of the main articles

From the Chairman (C.L. Kolff)

The board has nine members of which some have special functions and others not. The regulations state that – if at all possible – all branches of the family are represented in the board. Presently all members are from the CB-branch Apart from this the usual criteria for a board are valid: a proper representation of ages and of gender. The average age of the board is relatively high and that is why in the past years some younger members were added. Coming changes will show that, first, the vice-chairwoman, then the treasurer and also the chairman will resign. An opportunity for younger members to join and, apart from this, to create a better representation of the branches. This way the present board hopes to maintain the vitality of the association, where all members have the feeling they are well presented in the board. Feel free to apply!

This is the 9th edition of De Colve. We are heading for number 10… and we want your help! With De Colve VIII we started with a theme, in this issue it has been ‘Water’. An issue that could be extended: many Kolffs have something with water. It is our intention to maintain the idea of a theme. More in the way of column or feature, then as theme as a whole for the issue. (..)

Marina d’Engelbronner-Kolff tells about her life and work abroad from 1992 – 2003. During these years she taught and conducted research on human rights and human wrongs in Southern
Africa.

The boxes contain documents are of the founding of the association in 1926, secretarial and financial documents, correspondence of the board, twelve boxes contain portraits and other images, seven hold documents of several members of the family, sorted by branch, ten boxes are of the liquidated firm Hollertt & Kolff. Almost all documents are from the 19th and 20th centuries, but there are also older pieces such as an image with an older version of our coat of arms (1670) and documents from Middelharnis from the 17th century. The board thanks Mrs. E.A.G. van den Bent MA, Municipal Archivist of Rotterdam, and Mr. Grootveld, Head of Archive and PR for their advice and their interest in the history of the Kolff Family.

The Kolff Foundation of 1881

Some time ago the name of this foundation, which was unknown to us, came to our attention. We discovered that the Kolff Fonds van 1881 was founded by friends in the Netherlands and the Dutch East Indies (now: Indonesia) of Gualtherus J. Kolff (CCB XIVs) (Dutch pages: CCB XIVs) after his sudden death in 1881. Gualtherus was a journalist and publisher and hosted a literary Salon in Batavia, which made him a well known man in the years between 1850 and 1868. His name survived him in the name Drukkerij G. Kolff & Co., booksellers, publishers and printers in the Dutch East Indies. The funds were initially intended to erect a monument in Leyden, the city where he died, but soon it was decided to use the funds for a foundation that would continue his spirit. And so the purpose of the foundation was to assist impoverished Dutch Indonesian families or widows and orphaned children, things Kolff did during his life. Further to achieve stronger ties between the two parts of the kingdom for their mutual benefits. Well known people formed a board, sent out requests to Kolff ’s friends, of which 96 contributed. Of these 96 there were 46 contributors from the Netherlands, and 50 from the Indies. All together an amount of Dutch Guilders 2295,50 was raised, and a great number of people also reported to the board that they were prepared to take in children from families in the Indies whenever necessary. In 1882 the Kolff Fonds of 1881 was approved by Royal decision. This Kolff Fonds still exists and works closely together with the still very active HALIN (Hulp aan Landgenoten in Indonesië – Help to Fellow Citizens in Indonesia), in fact – since a couple of years – the boards of both organizations consist of the same persons. Persons of which it was considered important that they had some kind of Dutch Indies background, a preference that has been dropped in the sixties of the 20th century.

If you came here from the Dutch pages:
Use these links to go back there: Genealogie: CCB XIVs. Gualtherus J. Kolff or Links: De Colve 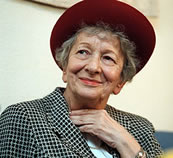 Szymborska is a poet. She won the Nobel Prize for Literature in 1996. Apart from poetry she wrote more, of course, such as a weekly column in a Polish newspaper. A column about book reviews of books that are usually never reviewed. Think of books with titles such as ‘How to Cook Vegetarian’, or ‘How Bats See’, etc. This is how she came across ‘The Patients’ by Jurgen Thorwald (Krakow, 1994), and in it she found an article on Willem Kolff (CBB XVI1h). For us, and for many people in the Netherlands, the USA and elsewhere, he is well-known for his works and inventions, such as the artificial kidney. But for many others he is not, and so it is the case in Poland, as we will see. So she devotes an article on Willem Kolff in her book Lektury Obowiazkow; by the way: she does this on some other Dutch matters as well. The year 2003 has seen the Willem Kolff-Festival at Kampen and for this reason this view of the famous Szymborska was included in De Colve. Szymborska on Willem Kolff.

Willem Kolff. Who is he? A politician, a singer actor international bandit? How many names do we have crawling around us all the time? They enter through one ear and leave by the other. Most of them we do not remember the following day. We don’t worry about that. Willem Kolff is a name, perhaps still known to some specialists, but further to no one. Even though the name deserves a place in the collective memory. Kolff was a Dutch medical doctor who invented and constructed the first artificial kidney. This machine (…) is until today the only relief for those waiting for transplantation. [She continues about his hard time during his first experiments, in occupied Netherlands beginning of the 40s of the 20th century, at Kampen; and how he used materials that were available, the hardship with occupant Germans sniffing around everywhere; how he worked for the survival of mankind, which was at that time not important, because, as she writes, the importance of the survival Third Reich prevailed. After Kolff left, with his machine to the USA where he continued to improve his invention.] It is meanwhile not possible to count how many people how many thousands of people thank their lives *[to Kolff] The book of Thorwald is, as the title indicates, devoted to the patients, but in its course it speaks about the doctors. And so I came across Willem Kolff and for some reason or another I could only write about him. Moreover, because in our Great General Encyclopedia there is not even one small entry devoted to him.