From the Chairman
There is much involvement of Kolffs with water. There are their activities in sports that have to do with water, there are professional connections with water such as the shipping and ship-building. As far back as the 17th century our progenitor Wouter Kolff was deacon of the Guild of the Skippers at Nijmegen. On many of our Family Days water has been the leading theme: we sailed the lakes of Holland and the canals of Amsterdam, we went by hydrofoil from Rotterdam to Hook of Holland (and back!), we visited waterworks such as the Delta Works to which the Waterschappen contributed so much financially. This theme-issue of De Colve wants to show you some of the activities, that deal with water, of Kolffs.

Julius Kolff, a new member of the board, introduces himself.
I am the son of Kees and Nan Kolff-Graffelman. I was born in May, 1973. I work for KLM as a co-pilot on a 767 plane. I am also an instructor. Since four years I live in Amsterdam with my girlfriend Marieke. We know each other for six years now. We intend to get married in November of this year. As a hobby I am fond of playing – men are like children! – with radiographically steered model cars. I hope to contribute to the association as a member of the board and want to involve myself in the organisation of the Family Days – days that I would like to see enjoyable for the young and the older members.

From the Editors
‘The family and our rivers’ was an article by Dirk Kolff, archivist of the association, published in De Colve VII. This article gave us the idea to use a theme for this issue of De Colve: water. So many Kolffs are in one way or another involved with water. However, we have our limits. There is so much to write about water. We limited ourselves here to some articles by family members. Apart from the theme ‘water’ this issue of De Colve the usual and not so usual articles on items that have to do with our family.

From Kolf to Golf
Golf is becoming one of the more popular sports in the Netherlands. Funny because it means a return of an ancient Dutch tradition: the game of kolf, slightly similar to golf, was played here in the early mediaeval times. To commemorate the murder of Floris V, Count of Holland, a year earlier a special kolf-game was held over Christmas in 1297 at Castle Kronenburg in Loenen aan de Vecht. Two teams, each with four members, had to push a ball, using sticks, over a distance of four kilometres to a goal in the shape of a pole. Winner was the team that did this in the least possible number of strikes. Sounds familiar, doesn’t it? Golf has nearly replaced kolff in The Netherlands, but not totally: there are still 17 kolf-courts where active kolf-sporting associations are competing.

Holland has been cultivated by people. They made it possible that we can live in this land, of which ¼ lies beneath the level of the sea. The oldest democratic institutions in Holland are the Water Boards (Waterschappen). For centuries, the oldest date back some 700 years, they have been responsible for the protection of life against flooding of the land. Up to approx. 1945 there were 2500 Waterschappen, since then the number has been reduced, by mergers, to 48 and this process continues till the number will be around 25. Apart from protecting the land the responsibilities now also comprise the environment, i.e. clean water. Since the 1848 Constitution the provinces can establish Waterschappen and deal with the areas. that they work in. Certain other items are also arranged by the province, such as the functioning and election of the board. Other than this the Waterschappen are independent. The board, and how it functions, can be compared to a municipal government. Since they have their own boards and their own means of taxation they are able to operate effectively without political influence. 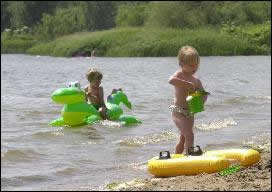 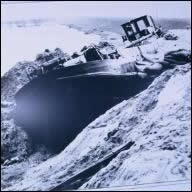 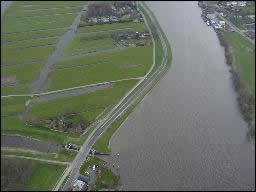 To my count some fifteen male members of the Kolff family have been active in the Waterschappen since 1789 (for the names and the genealogy: see the article). Branch C of our family has long been and still is actively involved, either as members of the board or as engineers. I am active since 1985 as Landholder in the Hoogheemraadschap Schieland (polder-board of Schieland). I have always considered it a privilege to have a seat in such a dynamic, modern, yet famous historical organisation.

To sail around Manhattan is a life-time experience. This is what my guests say when they disembark after a leisurely sailing tour in New York. October, 1999, I moved from London to New York where I joined the Manhattan Yacht Club (www.myc.org). The boats are docked at ‘North Cove’, within sight from the former WTC. The club is constructing a new club house, designed by Sparkman & Stevens. It will be situated next to Ellis Island and will also have function rooms, and a rooftop terrace, so that social activities can be expanded. The new location will enable visitors to enjoy sunset – with the famous green Heineken bottle – over the skyline of Manhattan. Apart from the Manhattan Yacht Club there are many more yachting clubs. These are usually situated in the Long Island Sound, north-east of Manhattan. The prestigious New York Yacht Club resides, strange enough, right in the city in 44th St. between 5th and 6th Ave (they do have a waterfront club house at Newport (Rhode Island).

The Manhattan Yacht Club suffered a lot from the September 11 disaster. The floating club house was moved to another port for cleaning and repairs. After the club house was placed back to its original location it was a sad experience to see a skyline so immensely changed. As skipper I joined in past years Fall Series on a Dutch-American team. This race is very competitive because all the boats are the same. We ended fourth. On September 14, 2002, an impressive, and emotional, ‘Memorial Regatta’ took place. More than 1000 ships participated. Each ship carried one or more flags with the names of victims of the September 11 disaster.
The Commodore of the Manhattan Yacht Club, Michael W. Fortenbaugh, wants to organise a big international Regatta in August 2003. Who knows the Rotterdam club wants to participate? It is the intention to have races for four days in J-24’s. This takes place in the port of New York. Those interested can contact me through the Family Association.

Since De Colve last was issued a lot has happened at the site. The lay-out has been totally revised. An easy to navigate menu has been placed: no need to go to sections first before selecting sub-menu’s: all can be reached from any given page. The colours blue and yellow, though our ‘family colours’ seemed to ‘hard’ for me and have been changed to a somewhat softer colour scheme. Most of the images have been improved in quality. New on the site are: biographies, the Kolff Quiz (2001). Most important novelty on the site is the separate section for Members Only. Here you can find the addresses of the members, the annual reports, and some other items. Access to this section is only possible with a user name and a password. These are sent to the members with this issue of De Colve. Thanks to the site and its visitors corrections could be placed in the genealogy where necessary. Thanks to the site people could be brought together. As said before: you can use the site to pass on any information you want to the secretary and other members of the board. Use the site to register for the Family Day. We hope to see you!

The Nuts and Bolts of Life

[This text does not follow the original; it has been adjusted by the webmaster] Herman Broers wrote a biography by Herman Broers of William Kolff, inventor of the artificial kidney and renown scientist from Salt Lake City. This biography, The Nuts and Bolts of Life (hard cover, 260 pages), can be ordered through inventorforlife.com.