Maliën, played outdoors, was the older version of kolf, which was played indoors.

The word malië derives from the French mail a la chicane. Objective was to make as few as possible hits with a stick to a ball targeting certain goals.
The game can be compared to croquet though on a much larger scale (the field always measured 696 by 752 m.).
Many names of places in Netherlands’ cities remind of this game. First mentioning of rules for the kolf game are found in Brussels in 1360.

The game of kolf is still played in some regions in Holland. The indoor kolf mall can differ in size but be as long as about 36m.

It is generally taken for granted that golf has derived from the kolf-game. For golf the first rules were laid out in Scotland in 1744.

This is a summary of the article from De Colve V, which is published in full at the Dutch language section.
(To go there, you go to the Dutch pages: follow this link) 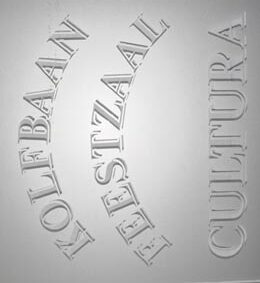 Remark with this article

In 1972 the family had her annual Family Day in the region of West Friesland (Prov. of North Holland). The family visited the kolf course of Cultura at Andijk.
DAfter a demonstration of the game of kolf participants were given the opportunity to play the game themselves.

On this occasion the Family Kolff Cup for Ladies was donated by the Kolff Family Association.
In 1980, after she had been the finalist for five times in total, this cup became the property of Mrs. A. Maars from Oudkarspel.